Three days left in 2016 and five songs left to examine from this year's holiday mix, so let's have at it! 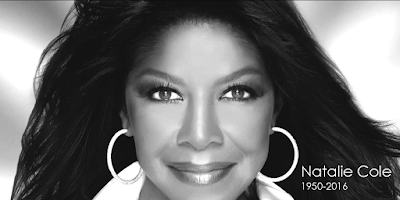 We seem to have lost an awful lot of entertainers and cultural icons this year; in fact, I'm beginning to brace myself each time I look at the news for fear of hearing about another death. Singer George Michael died on Christmas Day, followed by Carrie Fisher yesterday, and, remarkably, Fisher's mother, Debbie Reynolds, this afternoon. It seems kind of odd sometimes to feel so affected by the passing of some celebrity we never met and know so little about, especially when so many very special unsung heroes and non-celebrities die without any fanfare nearly every day. But many of the popular entertainers whose deaths attract wide notice have become a common point of reference whose works serve as mileposts as make our own clumsy ways through life, "I remember seeing her first movie in college," we might think, or "I remember listening to her music when we drove up the coast that summer." Well, we've lost too many this year, and I'm afraid we'll need to get used it with so many from the post-WW II generation entering their 70s and 80s.

Natalie Cole died on New Year's Eve of 2015 at the age of 65. As the daughter of popular entertainer Nat "King" Cole, Natalie's career got off to an easier start than many, and I remember her best for her first several albums, which included hits like "This Will Be," "I've Got Love on My Mind, and "Our Love." After several years of great success, however, Cole apparently become heavily involved in drugs and her career hit the skids. In time she was able to recover somewhat, although she seemed to have to struggle each step of the way. In 1991 she released an album of duets with her late father, which became her biggest record ever. This track, released in 1998, is in that mold. "The Christmas Song" has been released by hundreds of different artists, but it will always remain most closely associated with Nat "King" Cole, which is a big part of the reason this version is so special.

Listen to "The Christmas Song" by Natalie and Nat "King" Cole


Track 34
O Come, O Come Emmanuel, Tyler Joseph (2013)
My friend Eddie turned me on to Tyler Joseph and his band TWENTY ØNE PILØTS shortly after the release of their first major label album last year, and they quickly became one of my very favorite groups. The band originated in Columbus, Ohio in 2009 as a collaboration between Joseph and two college friends. In 2011, the two friends were replaced by drummer Josh Dunn, and it's remained a two-person operation ever since. After self-releasing a variety of material and touring for several years, the band signed with Fueled by Ramen, a subsidiary of Atlantic Records. They've released two albums for the label thus far, the first of which, Vessel, was well-reviewed and attracted considerable notice. Additional interest was generated by the group's busy touring schedule, so that by the time they released their second major studio effort, Blurryface, in May 2015, it debuted at #1 on the Billboard Top 200.

This track is an excerpt from a program found on Vimeo titled "Christmas with the Stars," which appears to have been produced by the Five14 Church in New Albany, Ohio. The program is cast as old fashioned variety show, with some kidding on either end of the song between Joseph and the master of ceremonies. But there's nothing funny about the performance of the song itself, which showcases Joseph's fine voice, a quality that's sometimes overlooked in his work for TWENTY ØNE PILØTS:


For those who aren't familiar with them, here are several songs by TWENTY ØNE PILØTS:

The song "O Come, O Come Emmanuel" is a beautiful carol that appeared twice on my 2014 mix, "Is There Really a Santa Claus?" in versions by the Front Range Christian School Advance Band and Boyz II Men. 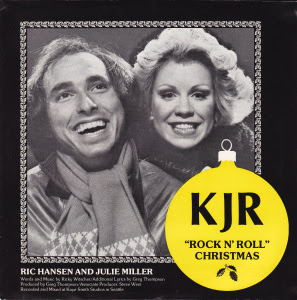 From one of my favorite songs on the mix we turn next to the one I probably dislike the most. This is a promotional track put together in the mid-1970s for Seattle radio station KJR, featuring two of its former DJs: "Rockin'" Ric Hansen and Julie Miller. I certainly don't mean to be critical of Ric and Julie personally, but this whole business of radio stations creating "morning teams" to "entertain" listeners with crappy jokes and talk about what they did over the weekend has always struck me as one of the lamest acts around — and schlock like this, which is about as edgy as a ball of yarn, simply underscores how far from its moorings commercial radio has slipped. There were lots of good independent radio stations around in the mid-'70s with announcers who had genuine personalities and playlists that reflected the popular tastes in their communities, and for all I know KJR was one of them. In fact, I've read about some of the fallout following Clear Channel's acquisition of the station several years later that suggests Hansen was a good guy with a considerable following during his tenure at the station. But I have an instinctive negative reaction to anything involving business marketing and commercial radio these days, and this track makes me gag every time I hear it. So why in the name of God did I include it in this year's mix, you ask? Well, life involves a certain amount of suffering, and why should I have to endure this on my own? When I first started these mixes at least half of the tunes I included were dreadful monstrosities a normal person could barely stomach and now we're down to only a couple of them per disc and I pulled the other one of those intended for this year's disc* at the last minute so please just listen to this, cringe with me for a moment, and be grateful for the progress we've made.

_______
*For those masochists among you, my last-minute deletion this year was "Christmas Season" by the inimitable Little Suzi, and you can listen to it HERE. Good luck to you.
Posted by Mark J in LA at 10:24 PM