Here's the next batch of comments: 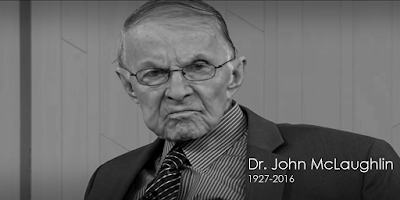 For the past 34 years, there was one unshakeable constant in American politics — namely, whatever was going on in the world, you could hear it discussed over the weekend by Dr. John McLaughlin and his fellow panelists on The McLaughlin Group. The phrase "unshakeable constant" isn't mere hyperbole either, as McLaughlin was on the set in the center chair without missing a single weekly episode throughout the program's 34-year history.

McLaughlin, a former Jesuit priest who ran for the U.S. Senate from Rhode Island as a Republican "peace" candidate, grew slightly frustrated with politics while working as a speechwriter for President Richard Nixon. He quit his White House job shortly after Nixon quit his, and then he quit the priesthood, too. (McLaughlin, that is, not Nixon. Nixon never was a priest, hard as that is to believe.) In time, McLaughlin drifted from politics to the media, working as a local talk show host in Washington, D.C. and then accepting a job as Washington editor for the National Review. He created The McLaughlin Group in 1982, and I started watching it almost from the start.

McLaughlin's style was unique. He often came off as a self-important, pompous, and ill-tempered know-it-all, but there was just enough of the imp in him to pull it off without being off-putting. He leaned pretty sharply to the right, but he claims to have voted for President Obama at least once, and I always felt as though he kept a relatively open mind about many things.

Dr. McLaughlin died this past August at the age of 89, and I was very sorry to see him go. The short clip I included is one of him declaring Pope Francis as his "person of the year" during The McLaughlin Group's year-end awards show in 2014. He references the Holy Father's pronouncement that animals can go to Heaven, adding that this gave him hope that his beloved dog, Oliver, would be waiting for him there. Let it be so. Amen.

According to their website, The Private Gentlemen's Yacht Club is

an elite group of individuals who meet regularly to share our love of luxury yachts. Occasionally we have been known to write songs and make videos in order to break up the monotony of our luxurious lives.

They must have had at least a little free time on their hands these past couple of years, as they not only recorded this neat parody of a Donald Trump Christmas album, but a host of other social commentaries, including the song that's currently featured on the front of their website, "All I Want for Christmas Is a Shotgun." (CAUTION: This and most of their material features strong language.)

The group is British, the style is irreverent the politics are leftish, but they nail it on the head in a sloppy sort of way more often than not. 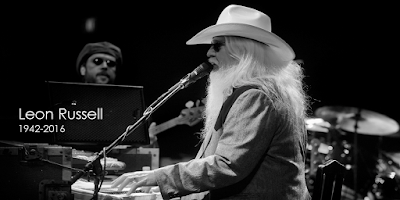 Leon Russell was another true original we lost this year —  a singer, songwriter, musician, and producer who was responsible for a host of solo records and collaborations over the years. In fact, over the course of his nearly 60-year career he recorded more than 30 albums and over 400 songs, including tunes with artists ranging from Frank Sinatra to the Beach Boys; and from Bob Dylan to Joe Cocker. The early 1970s were a particularly active period for Russell, when he helped launch the career of Elton John and scored with the best-selling album Carney, which featured the hit single "Tight Rope." He wrote songs for The Carpenters and Helen Reddy, and helped The Gap Band to begin their successful career. He also wrote "This Masquerade," a stunning song that won the Grammy "Record of the Year" honors for George Benson in 1977, and "Lady Blue," a song he recorded himself that still gives me shivers whenever I hear it. He also recorded "Christmas in Chicago," which I added to this year's mix in his honor. This man was a giant, and he will be missed.


I'll be back with more sometime soon. Enjoy Christmas Eve by doing something special.
Posted by Mark J in LA at 1:33 PM