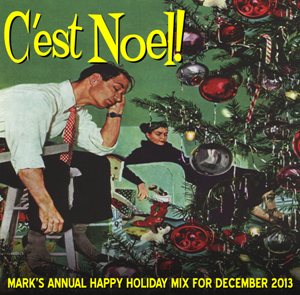 As noted yesterday, my latest holiday mix – C'est Noel! – is now complete and ready for your inspection. It's currently posted on my holiday music website, from which anyone who's interested can stream or download it. I probably won't keep it up past Christmas, so if you want a copy, don't delay!

As in recent years, I'm planning to share some background and personal thoughts about many of the tracks on this year's mix by way of this blog. I'll probably cover two or three tracks at a time, starting with the first three tracks today and finishing up just before Christmas. I'll cover the tracks in reverse order within each post so that the final list will appear in true reverse order.

Track 3
Holiday Greetings, by Bob Vila (c. 1987)
Each of my previous mixes has included at least a couple of short clips of various celebrities offering holiday greetings to their fans. The first of this year’s "greetings" clips comes from Bob Vila, who made a name for himself as the original host of This Old House, a successful home improvement show that first aired in 1979 on Boston's WGBH-TV and was later picked up by most PBS stations. I don’t know that I’ve ever seen the program myself, but I know I’ve seen quite a few of the commercials that Vila did for various businesses after he left the show in 1989. He’s apparently a very handy guy around the house. I marvel at people like that – like my younger brother, for example. This year, he completely gutted and rebuilt his family’s kitchen, in addition to working a demanding job, serving as president of a busy island summer community and vice-president of the quasi-public authority that provides ferry service to several islands in the area, keeping up two separate homes, and spending lots of quality time with his wife and their 11-year-old daughter. He’s an amazingly generous and talented guy, and popular with everyone he meets. Christmas at his home is always a treat, and I’m looking forward to being there and taking advantage of his generosity again this year.

Track 2
Mrs. Claus Ain't Got Nothin' On Me, by Little Jackie (2010)
I’ve only shopped at Target a couple of times, and I tend not to be influenced by television advertising – but while I don’t recall seeing any of Target's previous holiday ad campaigns, I'd like to think the one that featured this song by Little Jackie several years ago would have caught my attention if I'd seen it. I first ran across this song a couple of years ago as part of an album called The Christmas Gig, which Target made available as a free download in December 2010. It’s a great collection of mostly indie music that includes tunes from Coldplay, Pomplamoose and The Boy Least Likely To, among others – and, of course, this one, by the group Little Jackie.

Named after Lisa Lisa & Cult Jam's 1989 single "Little Jackie Wants to Be a Star," Little Jackie is actually a duo consisting of vocalist Imani Coppola and programmer/producer Adam Pallin. Coppola’s been around awhile, starting with her 1997 single “Legend of a Cowgirl,” which was a favorite on MTV and in the dance clubs. Signed by Columbia, she was all but overlooked for the next decade or so – producing a string of eclectic but unsuccessful albums and singing backup for Sandra Bernhard. She hooked up with Pallin to form Little Jackie in 2008. Their debut record The Stoop, released on S Curve Records in 2010, featured the song “The World Should Revolve Around Me,” which was a modest hit in Great Britain. Their most recent album, Made 4 TV, is available through Bandcamp. YouTube has pretty good selection of Little Jackie’s music available for those who wish to hear more. I’m especially pleased to have heard this awesome track, as it gets my latest mix going in fine style. 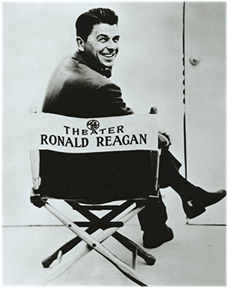 As I’ve mentioned previously, the two most difficult slots to fill when putting a compilation together are the first and the last. The first track is important because you want to capture the listener’s interest and set the right tempo and tone for what’s to follow. The last track is equally important because it’s the one that will echo in the listener’s ears when the mix is done. I usually like to start each of my holiday mixes with a short track that’s funny, historically interesting or both, and then jump quickly to a strong up-tempo tune that will kick things off in high gear. It’s surprisingly difficult to find just the right opening tracks each year, but I think the two I’ve combined as this year’s opening number work pretty well together. (My website includes a "Samples" page that features clips of the first 10 minutes or so of most of my previous mixes in case you'd like to hear the opening numbers from years gone by.

The first piece of this year’s lead-off track was taken from an early episode of the General Electric Theater, a popular TV show that aired Sunday evenings on CBS from February 1953 through May 1962. The program featured adaptations of various novels, short stories, plays, and films, which were originally presented without introduction. Beginning in September 1954, however, Ronald Reagan was hired to serve as host. The clip that starts off this year’s mix is from one of Mr. Reagan’s first appearances in that capacity – a special holiday episode from 1954 that featured music by Fred Waring and the Pennsylvanians. My mix includes only about a minute from Mr. Reagan’s introduction; if you were watching the broadcast 59 years ago, you would have seen something like this:


The second piece of this year’s opening track is an unrelated tune recorded some 16 years after Fred Waring and his Orchestra were introduced by Mr. Reagan on CBS. It’s a song by former teen idol Bobby Sherman, and it’s the subject of some confusion because it appears under at least two different titles in the Bobby Sherman discography. Sherman’s first Christmas record was released in 1970 – a long-playing disc titled Christmas Album. Among its 11 tracks was a cut titled “Prologue,” which, inexplicably, appears as the seventh track on the record. It isn’t really a song so much as a comedy bit – apparently put together by Sherman and his Dad. I guess it was considered slightly edgy for its time, which may be why it was pulled on several later versions of Christmas Album in favor of the upbeat song that appears on my mix, "Goin’ Home (Sing a Song of Christmas Cheer).” On at least one of the Christmas Album re-releases, “Goin’ Home” is listed as “Prologue,” albeit with the new song’s corrected (and longer) duration. On the subsequently released The Very Best of Bobby Sherman, the song bears the name “Goin’ Home (Sing a Song of Christmas Cheer).” I’ve opted to skirt some of the confusion by lumping Ronnie and Bobby together in a single vintage mess that I’ve titled “Introduction and Prologue,” which probably only makes things worse. For the record, I edited out a portion of Sherman’s song for my mix – an especially annoying interlude of “Silent Night.” Of course, I also replaced Mr. Reagan’s mention of “Fred Waring” with the name “Bobby Sherman,” spoken not by the former President, but rather by an equally august spokesperson – Mr. Dick Clark, the late great host of American Bandstand.

Is anyone still with me?

The comedy version of “Prologue” from the Bobby Sherman Christmas Album is available HERE.

The full version of “Goin’ Home (Sing a Song of Christmas Cheer),” complete with the annoying Silent Night interlude, can be heard HERE.