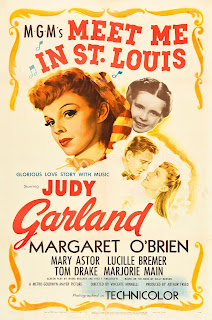 Written in 1943 by Hugh Martin and Ralph Blane, "Have Yourself a Merry Little Christmas" is one of the most widely performed and popular holiday songs of all time. Originally recorded by Judy Garland, this sentimental favorite was written for the 1943 MGM musical Meet Me in St. Louis. While most folks are quite familiar with the tune, what many people don't know is that its lyrics have undergone a number of rather significant alterations over the years.

The story is effectively told as part of the series 12 Days of Christmas Songs published in 2015 by The Atlantic magazine. As contributor Sophie Gilbert explains, the song was originally written to reflect the times in which the movie was supposed to have taken place, namely 1903. The song was sung by Garland's character to her younger sister, who fears the repercussions of the family's anticipated move from St. Louis to New York following their father's transfer to the Big Apple.

The original lyrics begin as follows:

In 1943, however, hundreds of thousands of American soldiers were in overseas fighting the Axis powers, and Garland worried that this grim message would be too painful for the soldiers and their families. Moreover, Garland worried, they didn't sound like the sort of message a concerned older sister would send to an already upset younger sibling. Thus, the lyrics were changed as follows:

There have been other changes, too, and they are well detailed in The Atlantic series, available by way of the links below. Despite the more upbeat lyrics, the melancholy feel of this song is still clearly discernable, which is doubtless one of the reasons for its enduring popularity.

Read Sophie Gilbert's Piece on "Have Yourself a Merry Little Christmas"

Check out The Atlantic's 12 Days of Christmas Songs series